The “Power Electronics” and “Electric Machines” research laboratory, formerly called VEEM-hall laboratory, is temporarily housed on the second floor of the low-rise building of the EEMCS-faculty. A broad area of research is performed in these laboratories. A brief summary of the main fields are:

The former VEEM-hall has been recently transferred into a new modern practical hall. This newly refurbished practical hall, is used, among other practical’s, for hands-on “Power Electronics” and “Electric Machines” education of DCE&S. 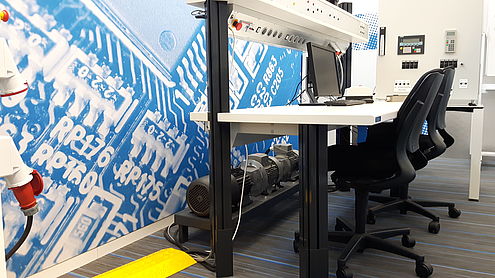 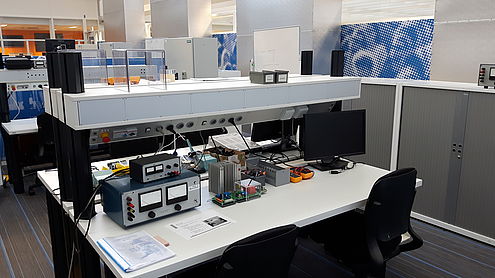 Our lab on the second floor supports DCE&S professors, post-doctorates and teaching staff to host BSc, Msc and PhD thesis projects. The research efforts are performed in collaboration with various other research groups and with industry partners. In the following paragraphs a brief subdivision per lab is given.

The central goal of the lab is to investigate Power Electronic circuits and devices used for switching power converters in general, such as DC-DC, AC-DC, and DC-AC converters and their applications. Special interest goes to high-power transistors (e.g. GaN, SiC), modern magnetic components at high operation frequencies and the trade-off between design considerations that influences converter efficiency, such as heat transfer. The Smart Grid lab contains several systems to generate and store energy locally. For these novel grids of the future, hardware-in-the-loop (HIL) simulation is one of the state-of-the-art features of the DCE&S labs. 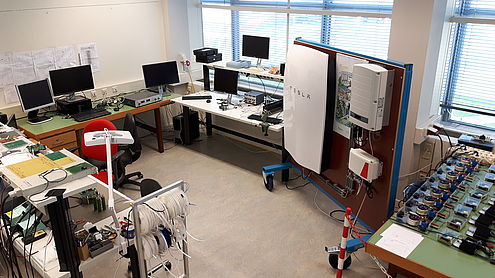 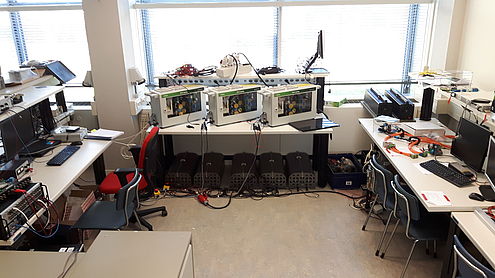 The central goal of the lab is to validate increasingly realistic computer models of rotating electric machines in general, which are used in modern equipment, such as new generation wind turbines, electric transport, etc. Also the engineering of electric machines achieved a successful expansion in the area of fault tolerance. With for instance multiple magnetically decoupled phases or the integration of Power Electronics, fault tolerant applications, e.g. for aviation, becomes possible. 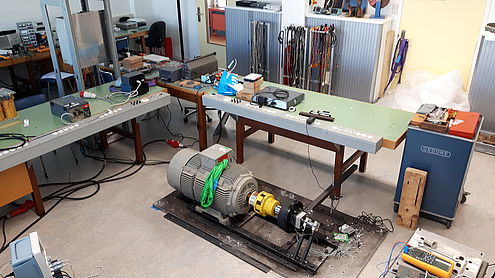 Besides the general equipment, such as fast oscilloscopes, the lab is also equipped with sophisticated apparatus for various experiments in the field of “Power Electronics” and “Electric Machines”. A brief summary of this equipment is: 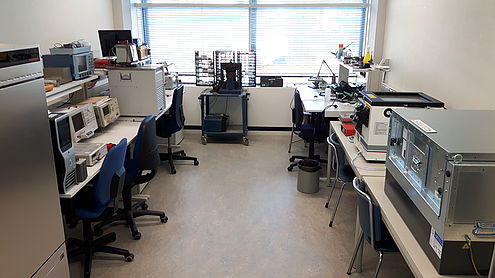 For safety reasons all the above mentioned labs are open and supervised from 8.30 till 17.00h, however, work at safe voltages (below 50V) can be performed 24/7 in our Flex laboratory. This lab, which consists of four tables, is available for all DCE&S staff and students.

Research and education on Power Electronics and Electric Machines has a long tradition at the Delft University of Technology. Between 1968 and 1972 the electrical engineering labs moved from the Nieuwelaan and Kanaalweg, which is close to the city centre of Delft, to a new building at the Mekelweg. At that time the machine hall was impressive. Right now we are about to write history again, because we have advanced plans to move again to a newly combined ESP lab. This lab combines all disciplines in Electrical Engineering and is ready to face the future. 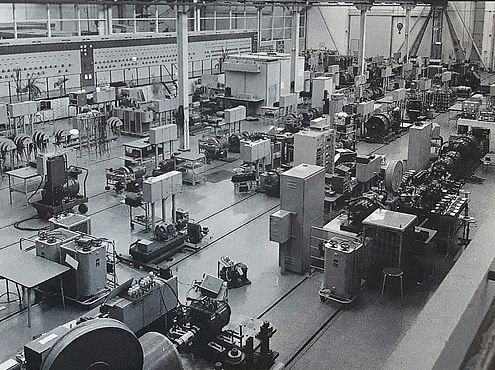