From the demolition of the town walls to the creation of a new city model that involved the restoration of the old town and Cerda’s extension and reform, Barcelona’s urban modernization evolved along with the industrial revolution. This was made possible due to a series of changes that occurred in the previous decades, starting from Progressiste Biennial (1854–1856) and materialized  with the demolition of the city walls, along with the first phase of the construction of the gridded city between 1859 and 1867.

This lecture will read Cerda’s modernization under a frame of technological, social, and administrative change led not only by politicians and professionals but also society in general. Cerda’s contribution to these changes came with his Proyect of Ensanche, which was an answer to the need for the construction of cities that would respond to new hygienic and transportation targets, together with the tools that would materialize his project.In addition, Cerda prepared the Teoría General de la Urbanización, which has become the document of reference for the urban discipline and the generator of the element of the ensanche as the basis for the modernization of the Spanish grids of the second half of the nineteenth century. Finally, this lecture will make explicit the urban instruments he contributed to and which are crucial to understanding the success of his project with the formal generation of urban growth known as eixample. 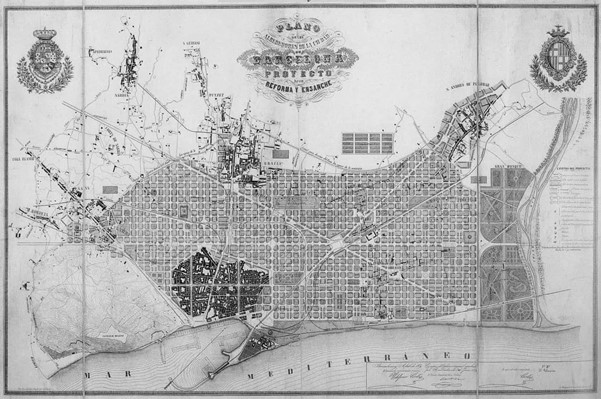