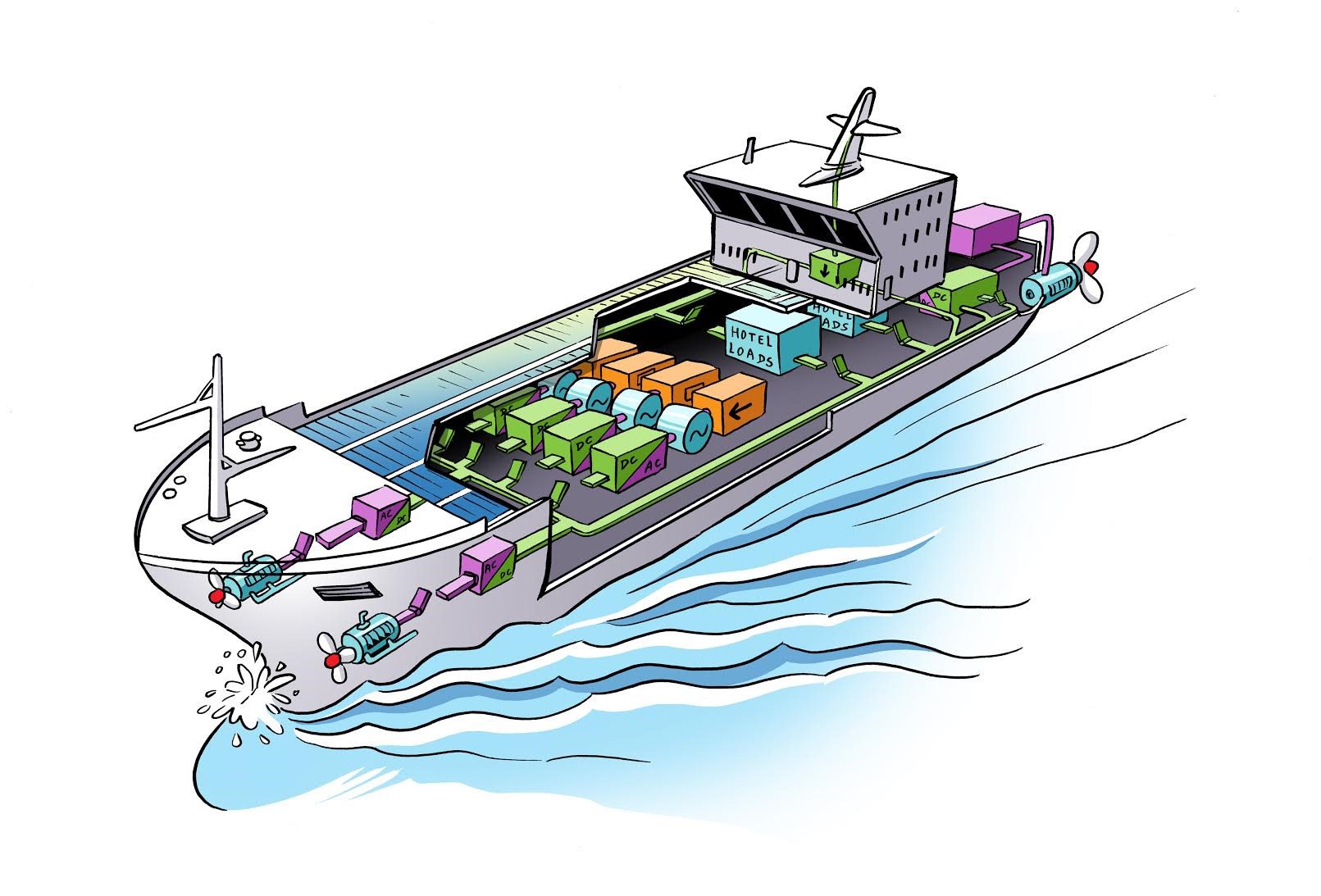 Climate change is one of the most important topics in the world right now. According to the 3rd IMO GHG Study done by International Maritime Organisation (IMO) in 2014, emissions from the shipping industry accounted for almost 2.8% of the total greenhouse gas emissions in the world. In addition to this, the marine industry is responsible for almost 15% of NOx emissions globally. According to the 4th IMO GHG Study 2018, compared to 2012, there is an increase of 9.6% in the greenhouse gases from the marine industry in 2018. To reduce the GHG emissions, the marine industry is looking for ways to improve the efficiency of the operation of the ships. Electrification is one of the most important ways in which the efficiency of the ships can be improved.

Bipolar dc grids are begin considered as good option for realising future electric ships. This is because the bipolar dc grids can be superior to 3 phase ac and unipolar dc grids. due to the following reasons.

1. The power transfer capability of bipolar grids is higher compared to 3 phase ac and unipolar dc when standard voltages and cables are considered.

2. The pole to ground voltage is lower in bipolar dc. This makes the converter costs lower as the semiconductor switches used can be of lower rated voltage.

3. There are more voltage levels available in a bipolar grid. For example in +/-350 V bipolar dc grid, there are two different voltage levels -- +350 VDC to Neutral & Neutral to +350 VDC and +350VDC to -350VDC. Hence, both high power and low power devices can be easily connected to the grid.

4. The integration of alternative resources of energy like batteries and fuel cells become easier in dc grids as they are inherently dc.

6. The dc grids can also enable the variable speed of prime movers as the power produced is converter to dc. In a dc ship, this results in increased specific fuel oil consumption of the engine.

However, there are several challenges for the implementation of the bipolar dc grids on ships. These are as follows.

1. There is a dearth of commercially off the shelf components for the distribution and conversion for bipolar dc grids. The issue aggravates when high voltage dc (>1kV) is used.

2. The protection against faults in dc grids is one of the biggest challenges. This is because unlike ac grids there is no natural zero crossing of current in case of faults in a dc grid. Conventional ac circuit breakers cannot be used due to very high and fast rate of change of currents. The selectivity for isolating the faults is another major challenge because the architecture of the ship is mutable.

3. Large loads in a ship such as propulsion motor drives show a constant power load (CPL) behaviour. CPLs have a tendency to make the grid unstable when large transients in power demand occur. The stability of the dc grid can be ensured when the topology of a grid is definitive. However, in a ship, the topology can change due to the reconfiguration of the grid. Hence, there is a need to analyse the stability of the grid under different operating conditions and come up with guidelines for a globally stable operation of the ship.

4. As the bipolar dc grid technology has not been implemented in the ships, there are still doubts about its survivability and robustness.

To solve the challenges above, the following methodology is adopted.

1. There is need to develop new and innovative solutions for easy and quick implementation of dc grids in ships. For this thesis, focus is given on two converters:

2. Research shall be conducted on how the protection can be implemented optimally in different architectures of a ship. Also, how can the selectivity be ensured in case of faults in the grid.

3. The stability of the dc grid under all conditions must be ensured. Hence, the stability criteria for bipolar dc grids is needed to be created for ship systems.

4. Converters will be designed to interface alternative resources of energy so that the robustness of the dc grid on ship can be improved.